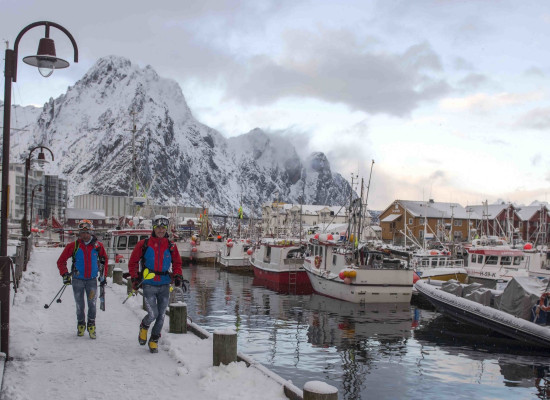 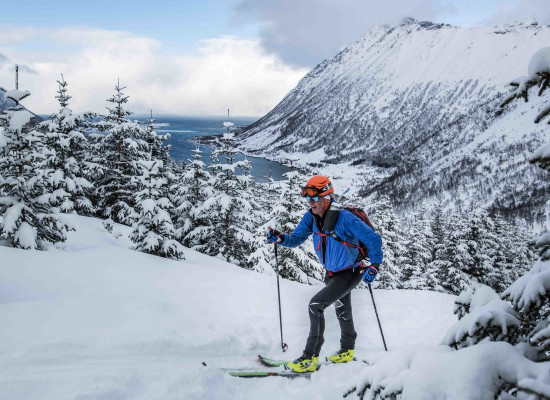 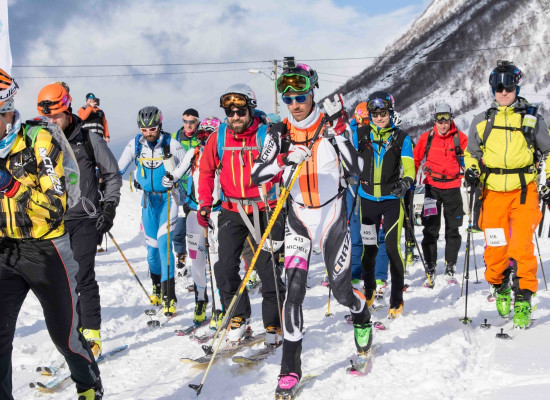 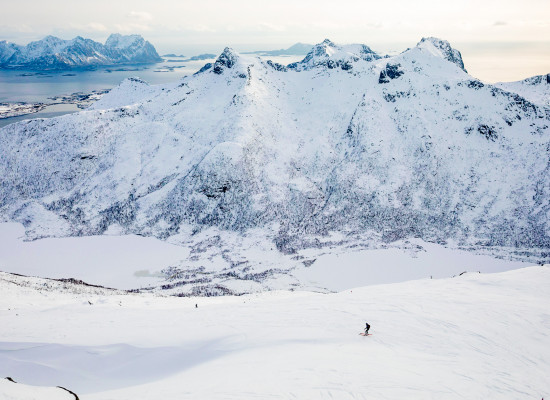 The Arctic Triple – Lofoten Skimo is the truly arctic race in The Arctic Triple and it will take place every year in week 11. It’s a ski mountaineering race offering one extreme (4000+) and one normal distance (1000+). The race will be a northern lights race that is set in mid March, when the traditional Lofoten fishing is at the peak of the season. Maybe you’ll get a good catch too?

DO THE WHOLE TRIPLE?

Many are eager to do all three races – to get an official result you have to complete them all in 12 months.

All races in The Arctic Triple are fully supported and marked – external support only allowed in some points, see race manual.

“I’m really happy to participate in the race. The landscape is amazing and the tracks of the race are very nice… I will come back, for sure…”

Ski mountaineering (SKIMO) is a skiing discipline that involves climbing mountains either on skis or carrying them, depending on the steepness of the ascent, and then descending on skis. There are two major categories of equipment used, free-heel Telemark skis and skis based on Alpine skis, where the heel is free for ascents, but is fixed during descent.

More info about the sport:

Please note! All races include a mandatory equipment list that will be detailed in the race manuals.

When you register for a race you’ll be given access a to make reservations at the event hotels.

For travel info have a look at our info page or check out Destination Lofoten!